First post in a new writing series: Bloomberg prompted cards: When I went to clean out my desk last week, I found a stack of cards, which I got from a workshop at work entitled “The Title of Your Next Tech Talk.” The stack of cards was given at the workshop and each has a prompt, obviously with the intention of inspiring one to give a tech talk. 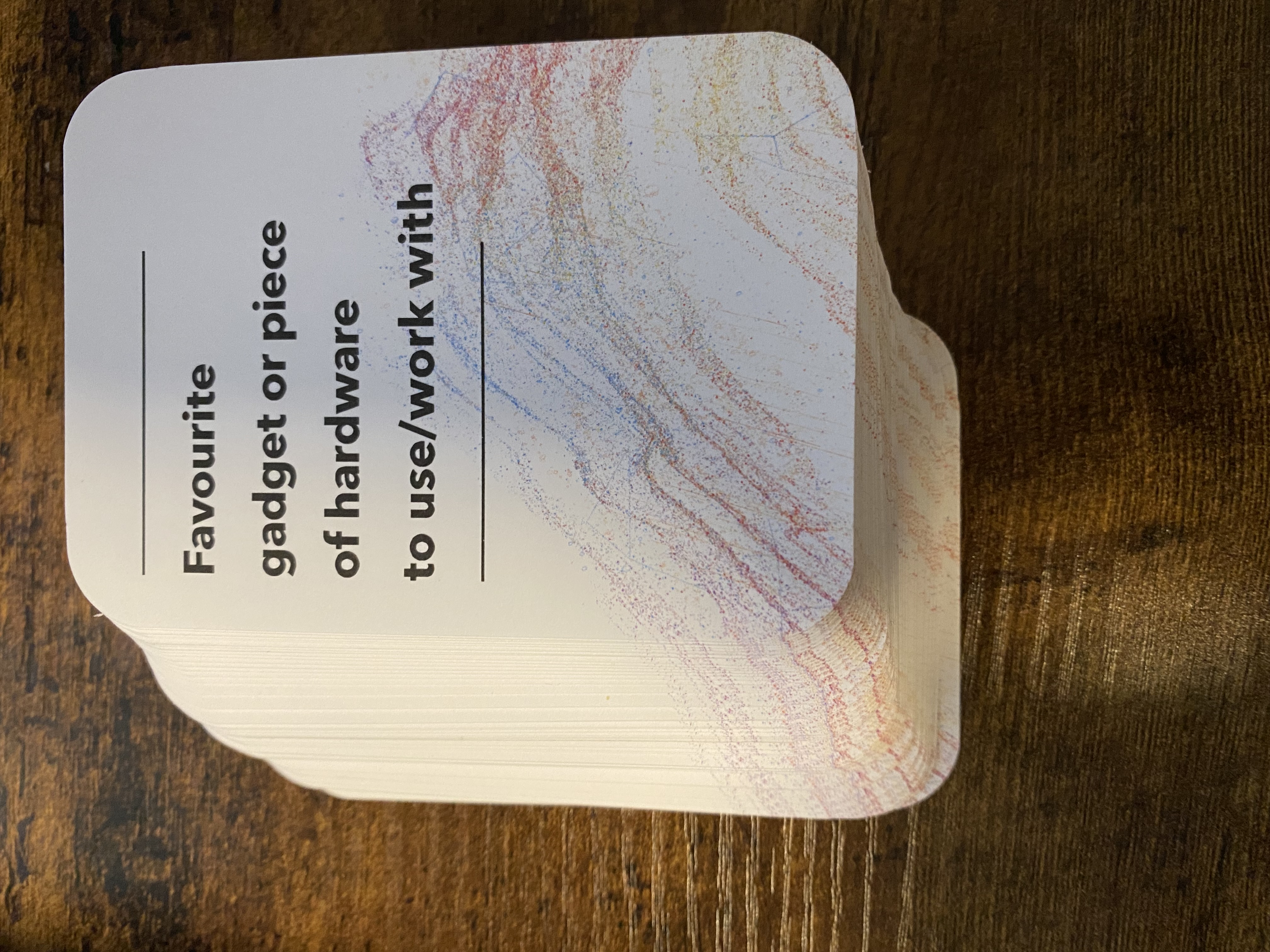 I think such writing prompts are really great, so I’m going to be using them to encourage me to blog more.

Prompt: “Favourite gadget or piece of hardware to use/work with”

This one was easy: Logitech MX Master 2S Wireless Mouse

I’ve gone between many keyboards (and “my setup” is a topic for another post), but this one mouse is one I’ll probably never replace and should actually buy a pre-emptive replacement now, before it gets discontinued or replaced with something worse.

The Logitech MX Master 2S delivers all of that and more: 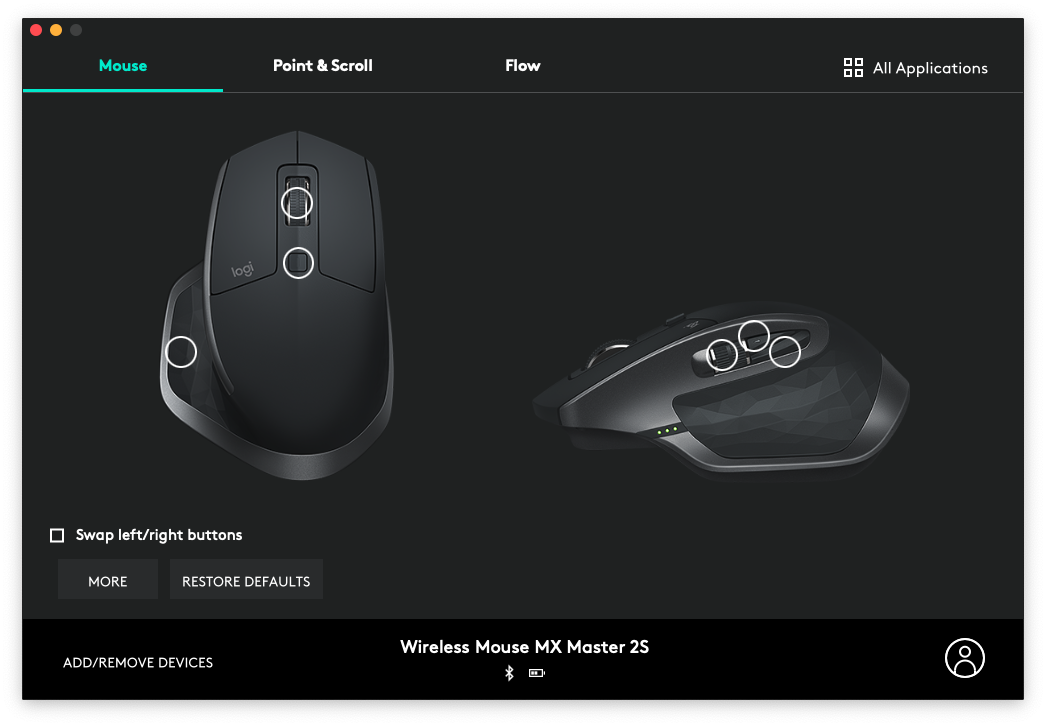 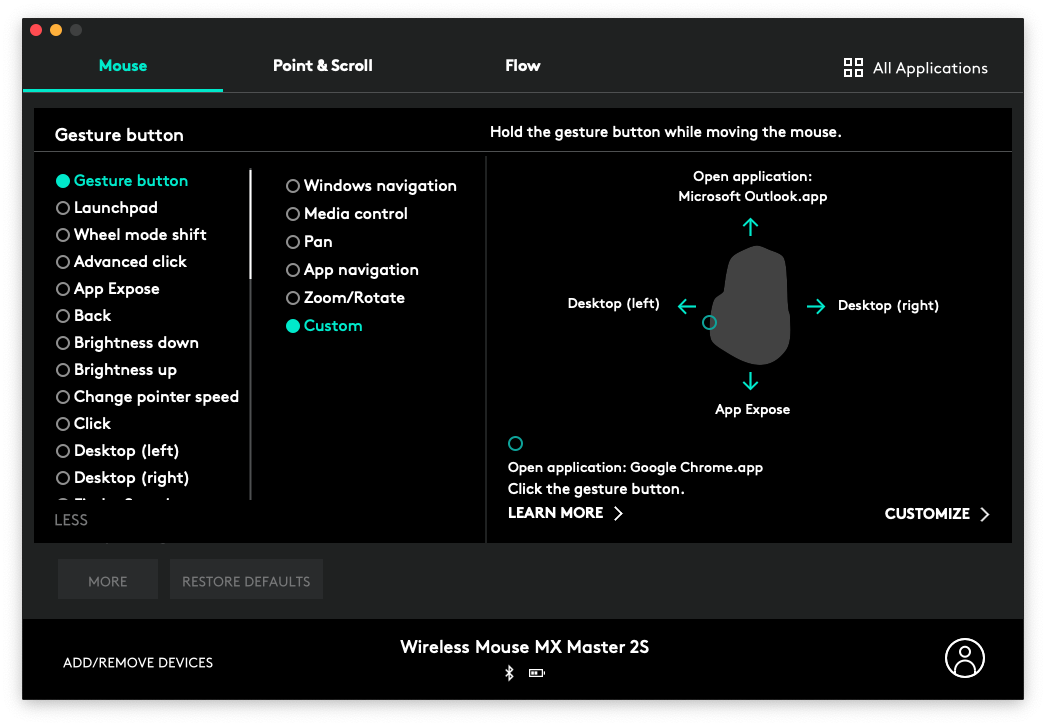 The only issues I’ve had are:

When this happens, the middle button goes back to its default setting of changing the mouse wheel scrolling from smooth to clicky.

This doesn’t at all interfere with how it functions as a normal mouse, just the “nice” button features, so I give it a pass. It also seems to happen if I use the Expose feature a lot with many windows. Maybe some kind of bad timeout handling? It’s definitely something broken in the Logi->MacOS calls.

As a workaround, quitting the Logi Options Daemon from Activity Monitor causes that daemon to restart and it works again. 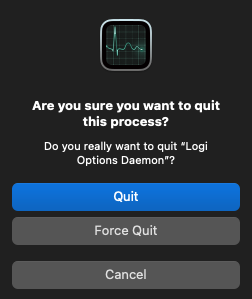 I won’t even include a photo of what my mouse wheel looks like.

I’ve tried cleaning it with rubbing alcohol but the rubber finger-tread starting coming off. At some point it will be the part of the mouse that fails first.

The rest of the mouse has held up incredibly well. Even the rubberized plastic coating, which in most electronics starts coming apart eventually, shows no ugly signs of wear; just normal smoothing from lots of use.